(The car is currently displayed at the Eastern Museum of Motor Racing  http://emmr.org/)

This 1968 AMX started life as a red/red 390 4 speed and had the misfortune of having the engine compartment catch fire.  The car was then turned into a B/Production (small block) SCCA race car and raced from 1969 through 1974.  Running a high performance 343 AMC drive train, it did battle against small block Cobras, Corvettes, Shelby, etc.  It ran in the Midwest region piloted by Ike Knupp, Bob Spooner and Dick Durant.  It is purported to be the Midwest B/Production Champion in '69, '70, & '71 .  It has been raced  in SVRA and HSR as recently as 1992.  With the factory #60 TEAM AMX having been rumored as being destroyed, this is one of the only original surviving SCCA B/P AMX's to my knowledge.  The car is a time capsule....having about 70% of its' original paint (red side of the car with painted lettering is all original  and the blue fender with original decals is also original on the passengers side).  Although the car has been updated with a fuel cell for safety, most of the car remains as raced 40 years ago.

Vintage shots of the car back in the day (anyone have vintage pictures of this car??????) 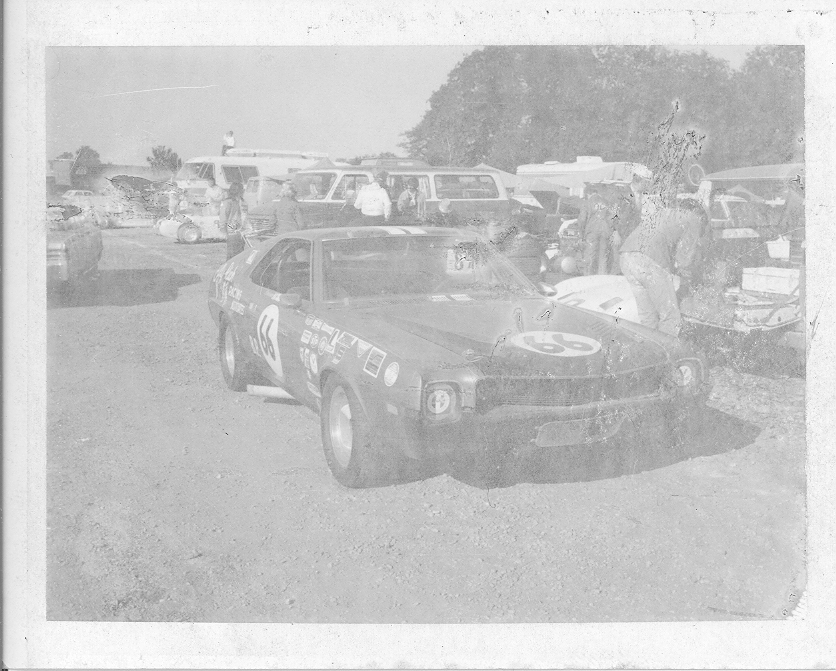 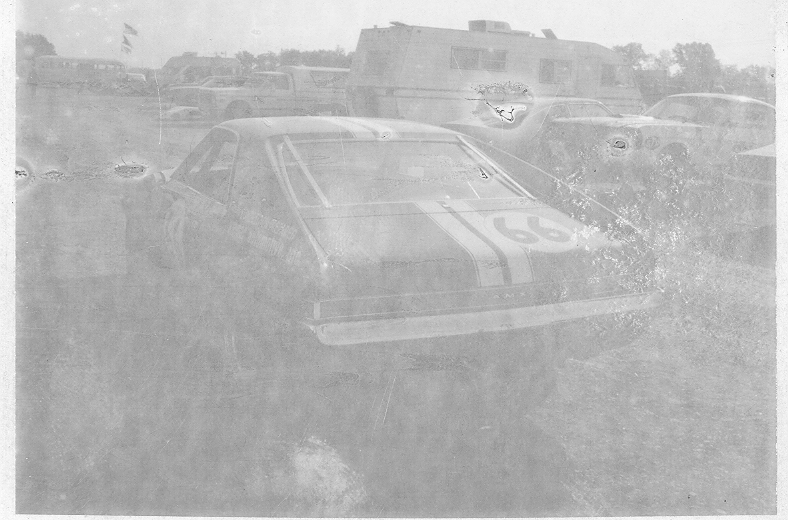 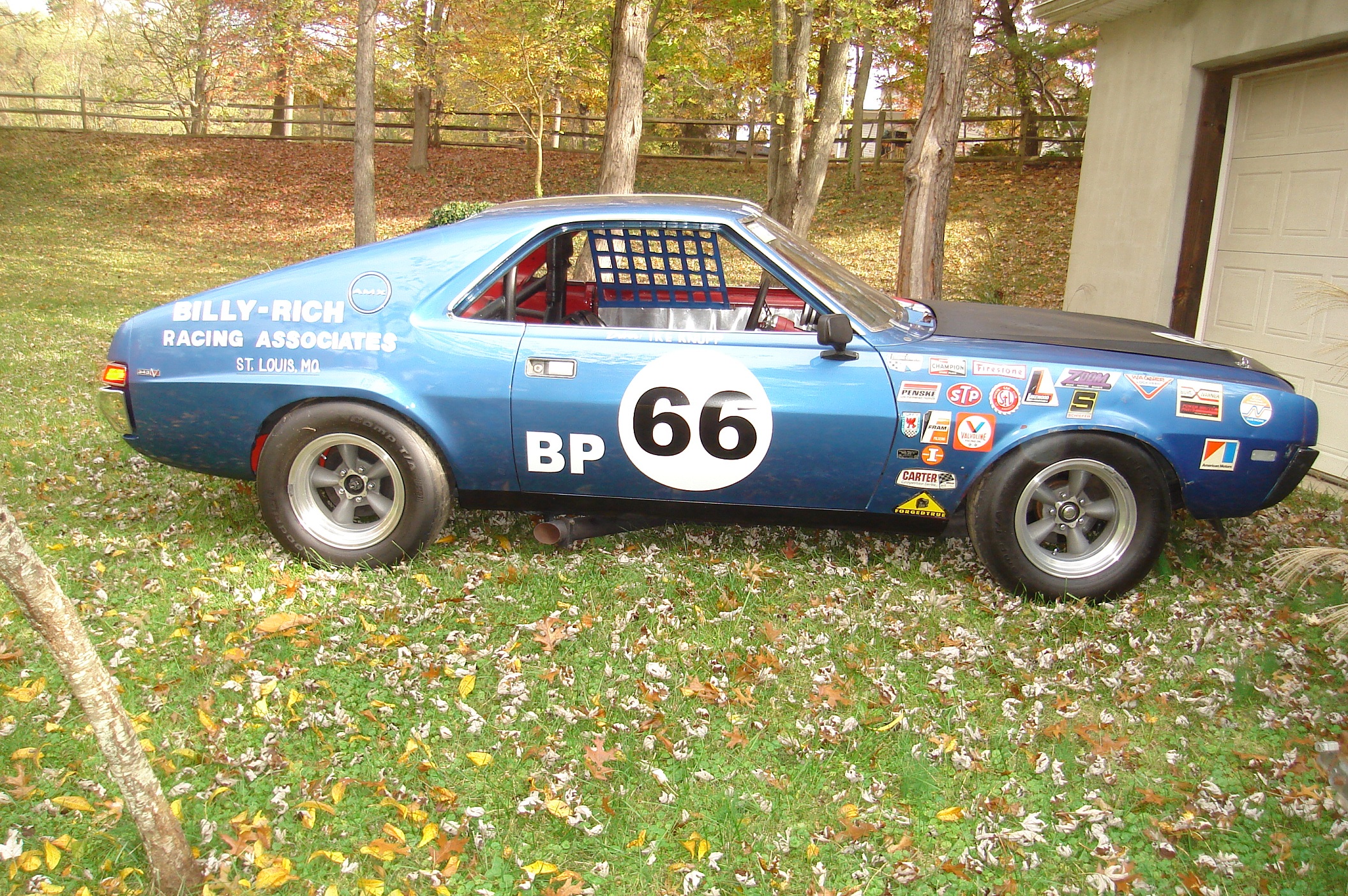 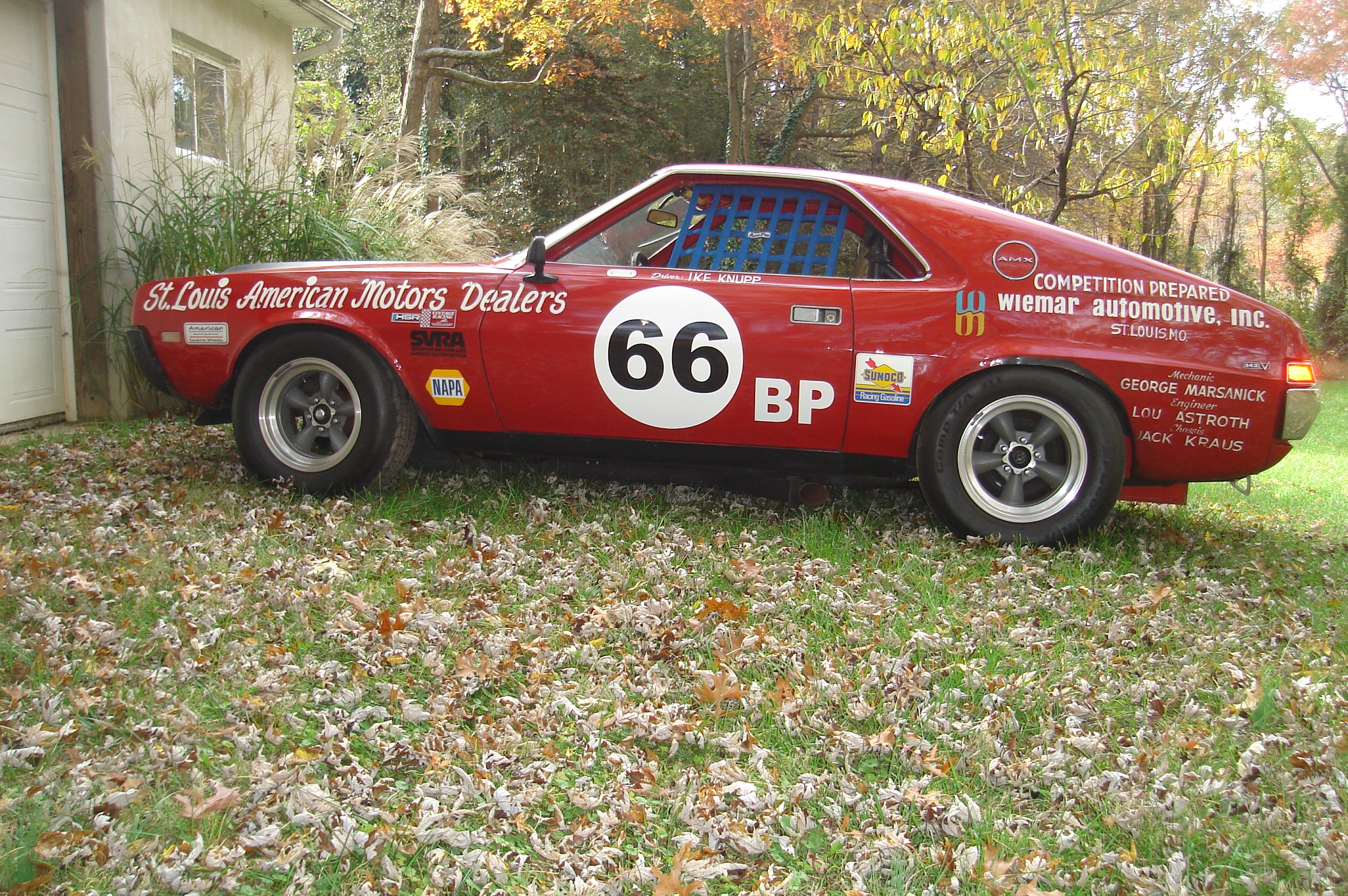 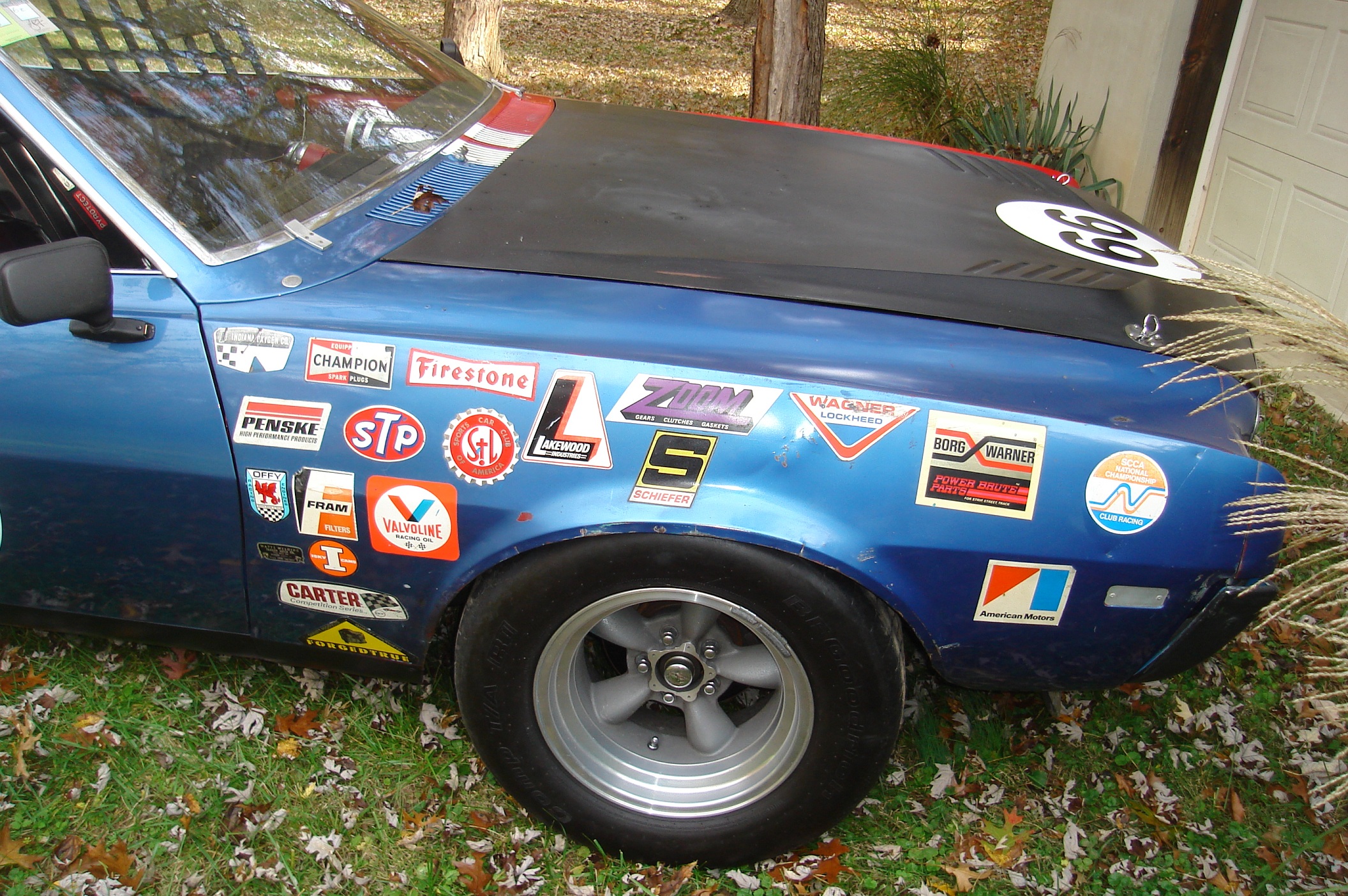 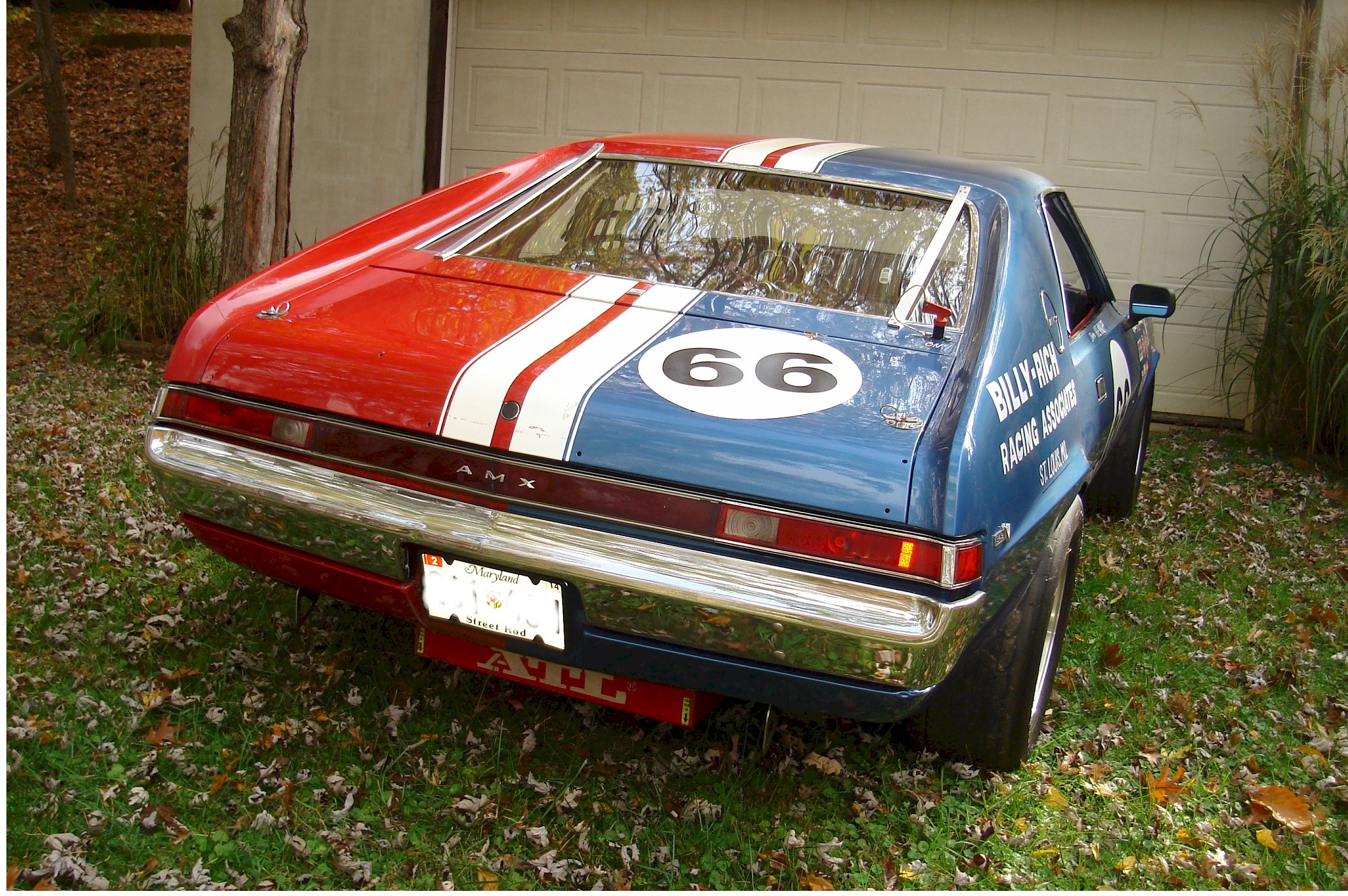 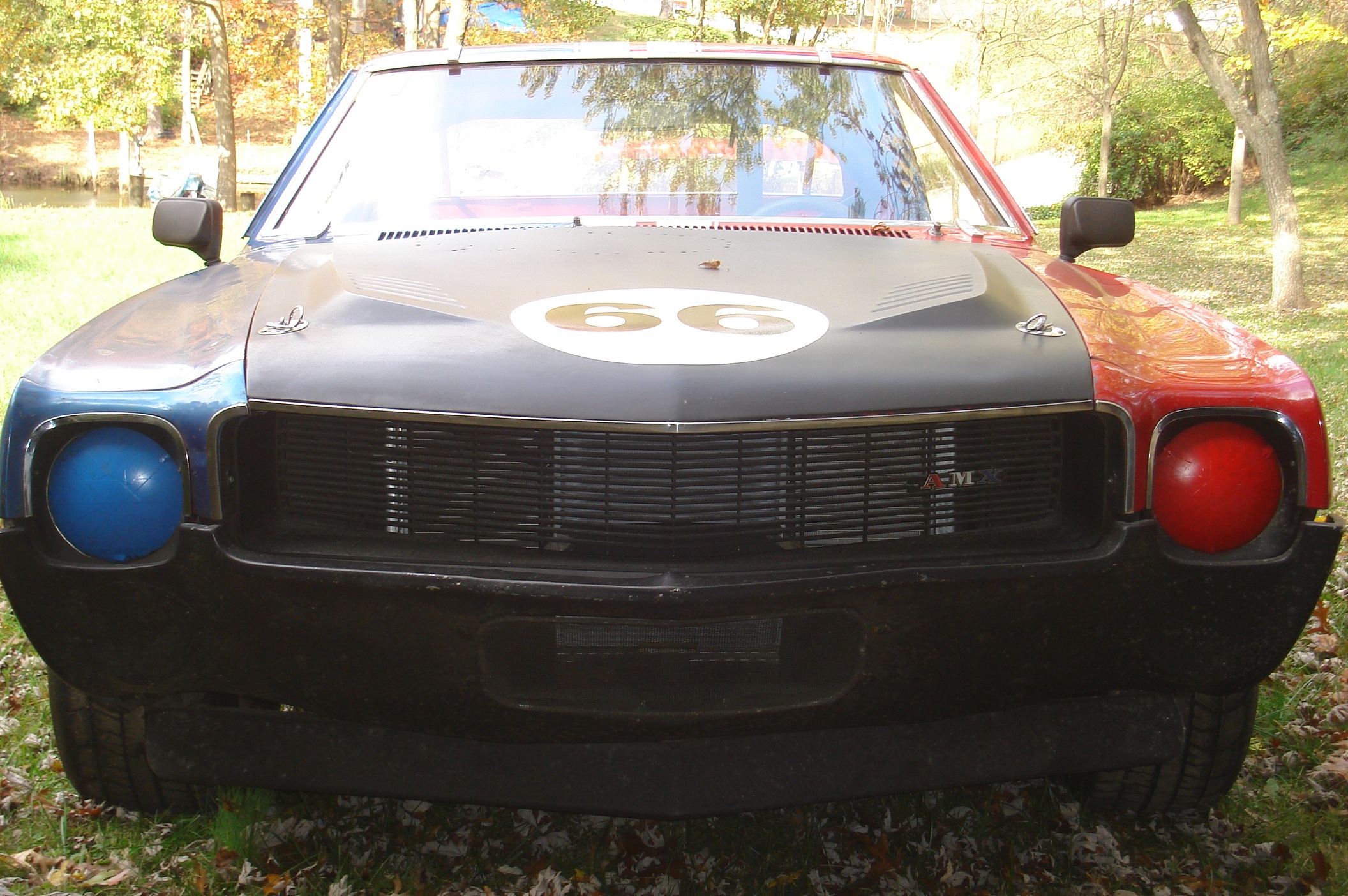 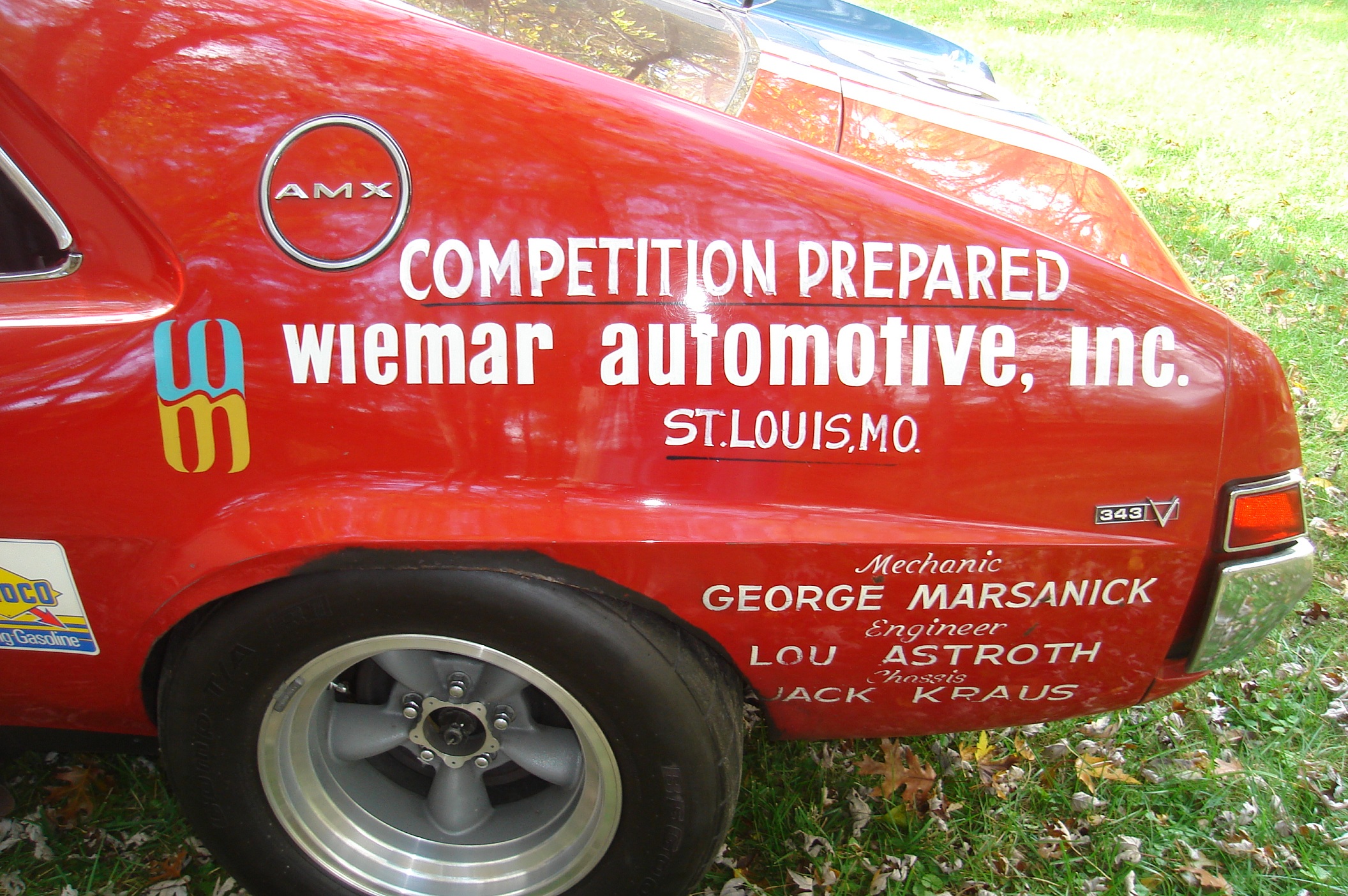 Underneath the front of the car...notice the beat up oil pan 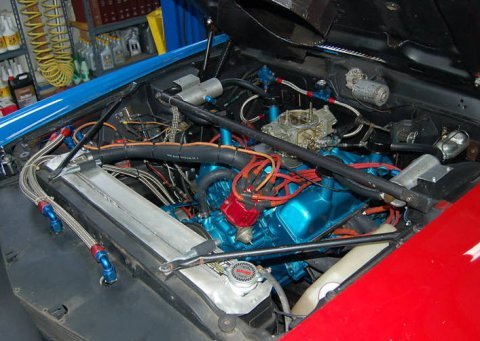 Although the car originally ran a 343 for B/Production, a 401 now resides under the hood.

Interior shot...notice a couple of upgrades for vintage racing.  The tag on the center section verifies that this car  is an original vintage race car from back in the day.... 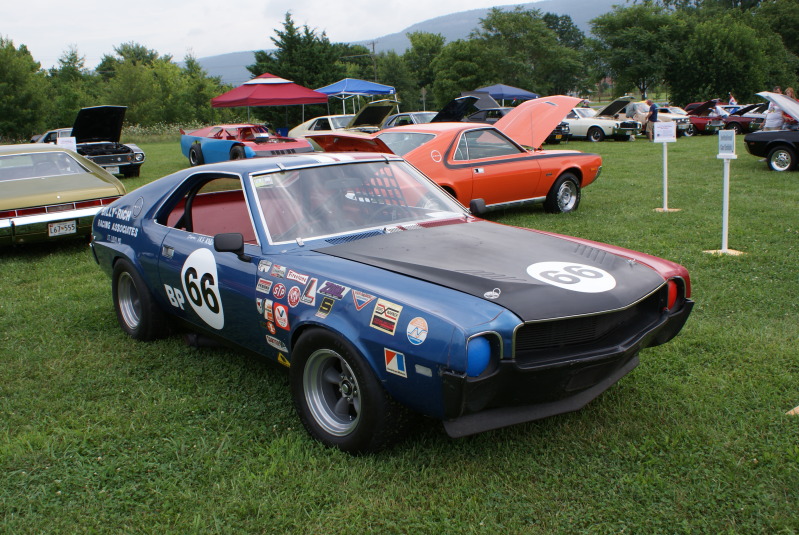 Invited to the 2012 AMC  Day at the Mason-Dixon Dragway

Pictures as vintage raced in the 1990's: 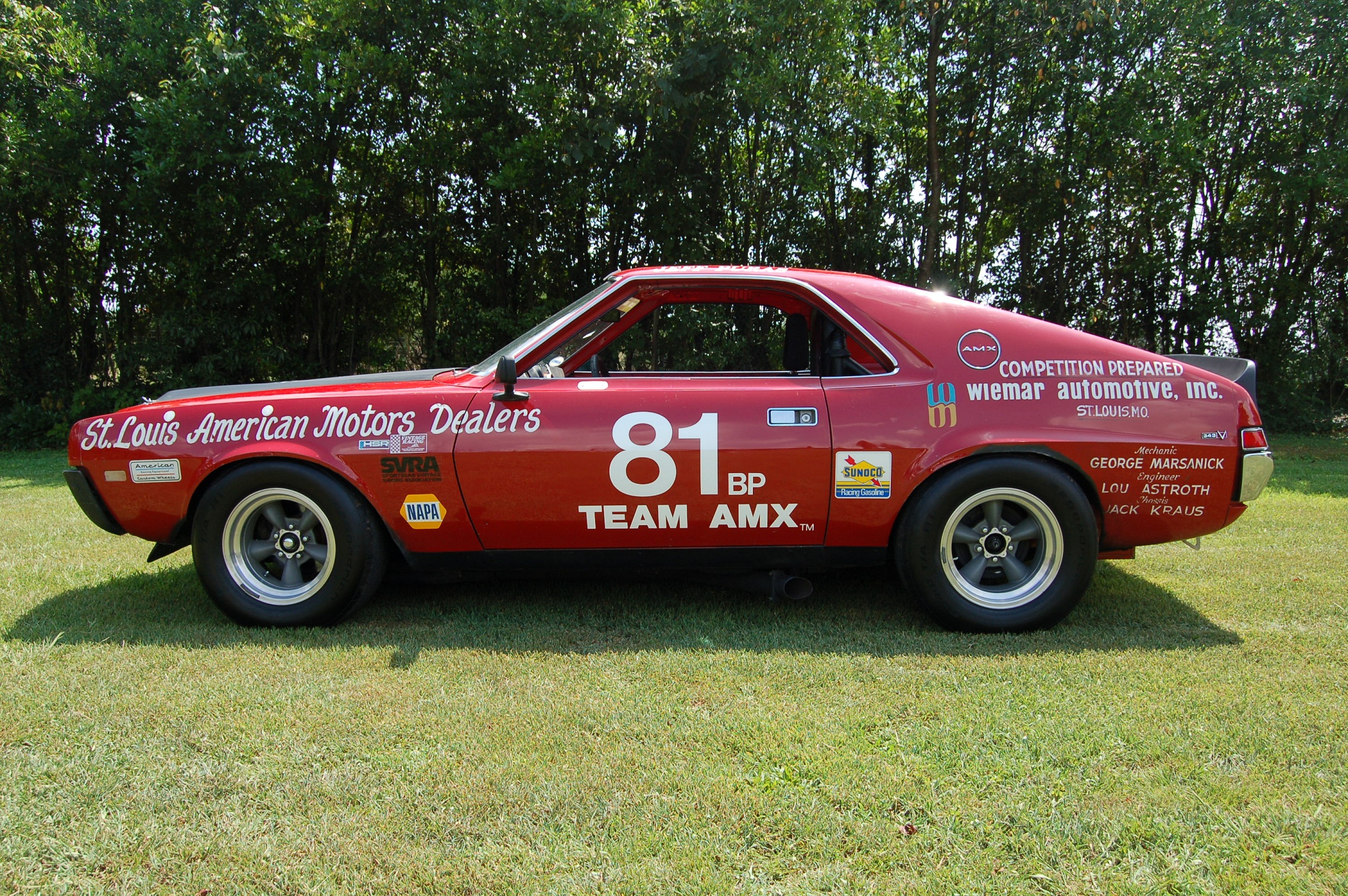 HISTORY (as taken off the classicone.com/teamamx site)

Currently raced in SVRA and HSR

Picture of the #60 B/P AMX getting ready to race at Watkins Glen in the late 60's....this car has been rumored to have been destroyed....